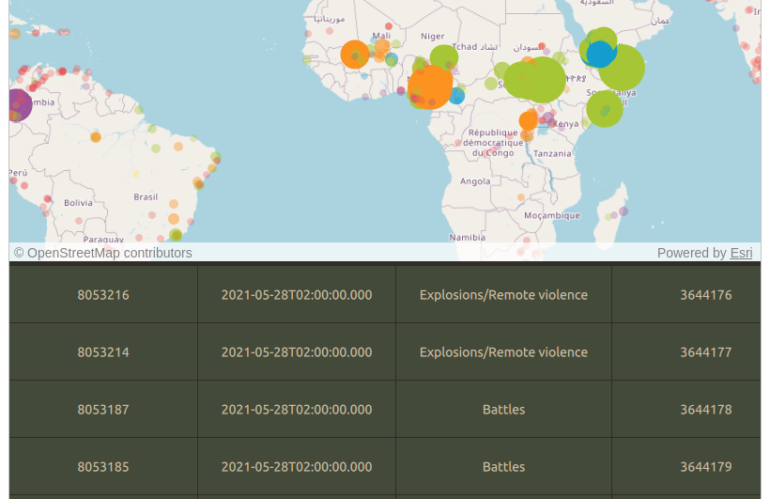 Political violence is a major public health problem, not only because of the direct consequences but also because of the long-term effects on health and well-being of our communities. As a geospatial intelligence engineer, you need access to high-quality open source intelligence (OSINT) data collections for various geospatial tasks. We are going to inspect one high-quality OSINT data collection and use their geospatial information for spatial data science and political violence mapping.

Professor Clionadh Raleigh from the University of Sussex and her co-authors introduced the Armed Conflict Location & Event Data (ACLED) Project in a paper being published by the Journal of Peace Research in 2005. The paper shows the importance of disaggregated data collections using local specific high-quality information over location and time. In the past, researches often used national-level data only, which leads to erroneous conclusions.